It has been a cold and wet season so far. Since January 1st we have received 4.25 inches of rain. The temperatures have been much cooler this winter compared to past winters. So far this season we have had 18 frost delays. While no one enjoy the delays, including the golf course maintenance team, we do our best to minimize them while still protecting the turf from damage. While most frost delays only freeze the top leaf tissue of the plant, we must be careful not to step or drive equipment and carts on turf which can crack the leaf tissue and damage the plant. Usually a plant can grow out of this damage over a period, but the damage is visually noticeable and unsightly. In cases when the lower portion of the plant called the crown freezes, complete death can occur. (see picture below)

One negative side effect of all the rain, as many of you have probably noticed at your homes and communities, is the excessive number of weeds that can appear. While we take a lot of preventative measures with the use of pre-emergent treatments, we have still realized a large increase of grassy weeds in the deserts and especially in the non overseeded roughs. We have been spot praying post emergent herbicides to kill these weeds, specifically poa. Unfortunately, the herbicides that selectively kill poa also kill ryegrass and bentgrass so we must be extremely careful when we spray in proximity to team members and golfers, so the herbicide is not tracked into the overseeded turf. It is very important to keep up on these applications to help prevent the spread of the poa into the overseed and especially onto our greens. We do our best to avoid spraying during play, but we ask that if you see a team member spraying in the rough to please avoid the area.

Green and Grounds has been busy with many projects. Over the last several months we have trimmed, raked, cleaned, and edge all deserts. In addition, Green and Grounds has re-rocked the entire parking lot and club area, including running all new irrigation and planting the patios on the new clubhouse.

In January, Green and Grounds also installed the new clock next to the putting green. Unfortunately, the only way to get electricity to the area was to install a new sub panel next to the clock. The other alternative would have been to bore under the concrete from the clubhouse and trench around the putting green.  We hope everyone is enjoying our new clock.

The biggest project we have been working through has been the replacement of our aging pump station. The planning process began almost 2 years ago. Multiple vendors, consultants, and experts have been involved including an electrician, welder, cranes, demolitions trucks, new pump station installer, APS, City of Scottsdale, irrigation architect, and the pump manufacturer who all collaborated over the entire planning and execution of the project.

The project was initially planned to be completed in December, but due to unforeseen circumstances was pushed back to February. Our old pump station was 25 years old. A typical pump station has a life expectancy of 20-25 years. We got every ounce of life out of our old pump station and operationally, it was in pretty good shape. However, structurally it was very corroded and technologically outdated. Many of our computer parts that control the station we no longer being made, and replacement parts were no longer available.

The process included making several major changes to the pump station. We first re-designed the layout to make the station more accessible by rotating it 90 degrees to reduce the amount of turns the water made coming out the of the station. The old station pulled the water up and the pipe turned around 180 degrees before it went out the golf course. We also added an additional 25 HP jockey pump. This smaller “maintenance pump” helps in our day time operations by running the small water tasks such as syringing greens and misters. By taking the bulk of the small water tasks it helps avoid the large 75 HP motors from turning on and off frequently. This in turn makes the station more efficient and saves wear and tear on the large motors. With adding a new pump, we also had to upgrade our electrical service from a 400 AMP panel to a 600 AMP panel. This included running all new wiring from the APS transformer to the pump station.

With the new station being on a larger platform we had to pour new concrete to support the station and avoid setting it on the 40-year-old concreate. The new concrete was also poured to help level the station and meet city code. The old station and wet well were not very level and caused vibration issues adding to the ware and tear of the station.

On February 18-20 the new station arrived. As you may have seen, there were a lot of people and trucks involved. Other than some missing and wrong parts that had to be overnighted there were no major challenges with the installation and everything went very smoothly. The cool weather and all the rain could not have could not have come at a better time to get everything perfect before brining the station on line.

Overall this was a very important project and a critical capital investment for the long-term health of the golf course.

We hope everyone enjoys the upcoming tournament season and golf at the Club. 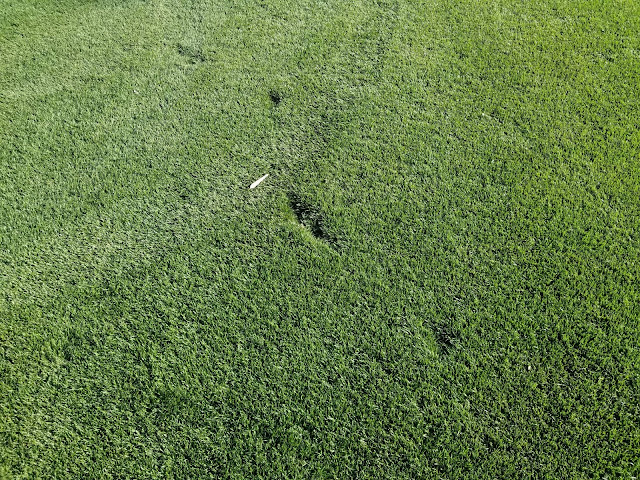 Dead grass from being walked on when frozen 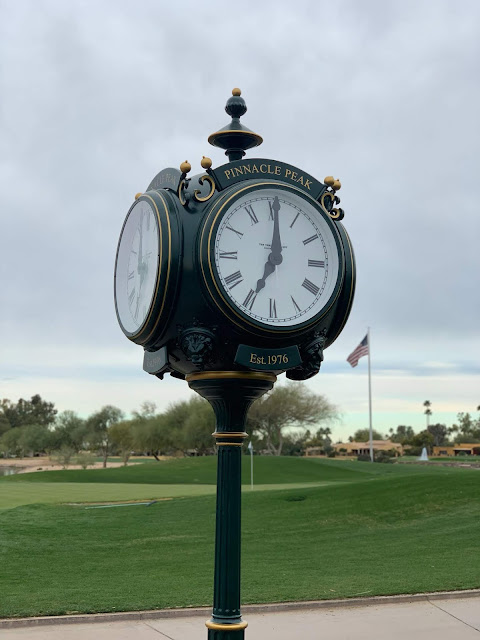 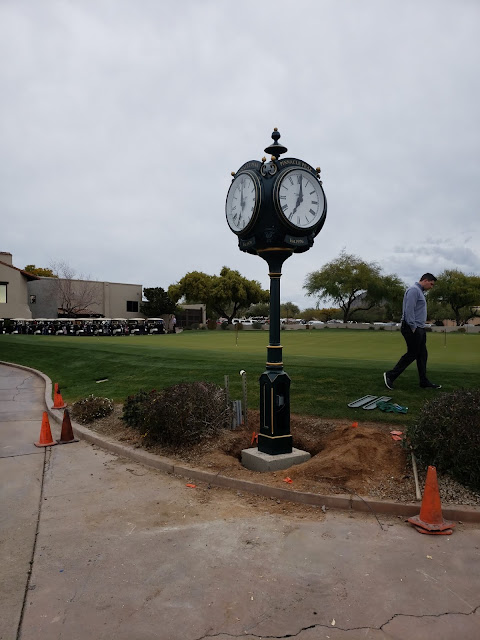